Are you worried about the protection of your home, family, and important assets in your house?

Then this simplisafe home security system for you. This product works like a security guard for your house.

Where you can see what’s happening at home at any time, anywhere from your smartphone itself only.

It is the budget security camera, which is affordable than the cc tv.

SimpliSafe is the newest security camera with advanced features and is easy to use it.

I have been using this for 2-3 weeks. Here is my opinion of this doorbell home security camera.

Continue reading to know more about the specifications, pricing, and availability.

By the way, before reading the specs, read the buying guide for a home camera security system

What Is SimpliSafe Doorbell Pro Camera? How does It work?

SimpliSafe Doorbell Camera 2021 is the product that records the video in front of your home.

It keeps an eye on your home. You can watch live HD video for free from your smartphone, tablet, and computer.

This is a wireless security camera, which works with electricity.

It can work with all types of home or doorbell set up, even for the old homes also.

Things Need To Remember While Buying

The quality of the picture is the major part of this product. It should record the video in HDR so that you will detect the person clearly.

Some cameras will detect only if any activities are going on. The other will record the video 24/7. For business people, you need to have all the footage of the activities.

You will get alerts for all activity things in front of the home on your smartphone.

Place the camera in the area, where you want to keep and monitor with your device.

The resolution of the simplisafe camera is 1080p HD. It records the video in HDR. It is easy to detect the people, who they are.

This security camera has a 162° super wide-angle field of view.

It will recognize the view in day and also in dark with HD quality.

A special feature of this doorbell camera is that when it is paired with the alarm system and monitoring. So that it can be used as visual verification if any emergency occurred.

If any person stands in front of the door, then it will send the notification to the phone.

You can talk to guests with the 2-way audio feature without answering the door only.

The recorded footage will be secured in the cloud so that nobody can erase or hack it.

There are no voice controls due to security reasons.

The recorded video will be stored in cloud storage only.

There is no access to video to store in internal storage.

Follow the below steps to install the video doorbell pro security camera.

To Get alerts for motion detection and cloud storage, then you need to have a subscription plan which starts from $4.99 per month.

For 10 cameras recording with cloud storage, it costs $9.99 per month.

Yes, it’s safe to buy this camera.
It protects your home, family, and assets. Also makes you risk-free.

How many cameras can have for simplisafe?

You can have up to 10 cameras for simplisafe. But to store the  10 cameras of video footage, you need to take the subscription plan. Which is around  $9.99 per month. The more cameras you had, the more internet will be strained

Can we use the SimpliSafe camera without a subscription?

Yes, you use the camera without a subscription. If you can see the footage in the app for free, but you won’t get the alerts for the detection of motions.

Can’t we get the video without having the doorbell?

This simplisafe camera needs to be plugged into the existing doorbell. There is a way to get the video without having a doorbell, but for these, you need to get the power supply to run by making a hole through the door frame 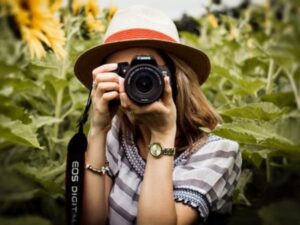 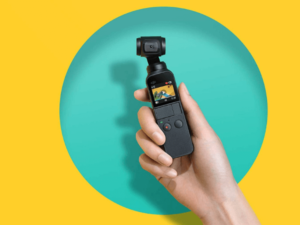 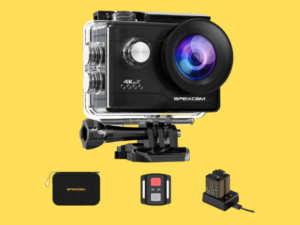