According to Bloomberg’s Mark Gurman, Apple is likely to enhance the HomePod Mini through software updates rather than introducing new hardware,

According to a report by Bloomberg’s Mark Gurman, Apple is not currently developing a new HomePod mini.

In his Power On newsletter, technology reporter Mark Gurman stated that while Apple has released a recent version of its larger HomePod, the company is not actively developing a new HomePod mini and may have abandoned plans for updating the current model, which was released in 2020.

According to Gurman, the reason for this is likely that the recently released second-generation HomePod does not offer any features already present in the $99 mini version, thus there is no apparent incentive to update the model.

Gurman suggests that instead of introducing a new hardware version of the HomePod mini, Apple may opt to enhance it through software updates such as improved Siri functionality and app integration. The company recently updated the HomePod mini’s software to measure temperature and humidity with a previously inactive built-in sensor.

The recently updated version of the larger HomePod, which was rolled out last week, features capabilities already present in the HomePod mini, such as ultra-wideband support and Thread connectivity.

The updated version of the HomePod, which retails for $299, features an Apple Watch chip in place of an iPhone chip, as well as an updated media panel and sensors for measuring a room’s temperature and humidity. These sensors, which work in conjunction with Siri automation, can control smart home devices to automatically adjust settings such as closing blinds or turning on fans when a specific temperature is reached in a room, as per Apple’s official statement upon its release.

Although it is not actively developing a new version of the HomePod mini, Apple is still pursuing expansion in the smart-home market. As reported by Gurman last week, the company is developing a range of smart-home devices, including new displays such as a budget-friendly iPad which can control thermostats, lights and also handle FaceTime calls.

Another possible reason for the lack of progress on a new HomePod mini may be that Apple is reportedly developing a smart display that combines the functionality of an Apple TV, camera and HomePod all in one device 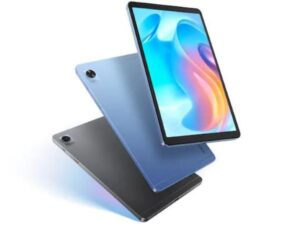